Adele Laurie Blue Adkins born 5 May 1988, better known simply as Adele.  Didi  you know Adele was offered a recording contract from XL Recordings after a friend posted her demo on Myspace in 2006.

But did you know …

She’s liberal. She appeared on the same episode of “Saturday Night Live” as Sarah Palin, and met the conservative sweetheart, “but I didn’t want to,” said Adele, “I was avoiding it…I had a big Obama pin on.” But the huge audience Palin attracted was good for the singer – her album 19 flew to the top of iTunes charts the next day.

Despite her many performances, Adele still admits to stage fright. She’s been known to throw up prior to performing (once on someone), and suffers from panic attacks.

No starving for this singer: “I don’t like going to the gym,” Adele has said. “I like eating fine foods and drinking nice wine.” And if that’s not the norm, the singer doesn’t care. “I don’t make music for eyes. I make music for ears.”

She hasn’t always made wise choices on relationships. In 2008, she cancelled US tour dates to be with a boyfriend. “I was drinking far too much and that was … the basis of my relationship with this boy,” the “Turning Tables” singer has said.

The multiple Grammy winner broke up with that boy, and the experience inspired much of her album 21. “He made me an adult, and put me on the road I am traveling now,” Adele explained.

Adele was born Adele Laurie Blue Adkins in 1988, to a single mom who was 18. Adele’s dad left when the future singer was two. He became an alcoholic, and today Adele wants nothing to do with him.

She began singing at age four, and credits the Spice Girls for inspiring her to sing as a career.

The singer is a fan of Sands charity, which supports those affected by the loss of a baby. She has encouraged those receiving free tickets to her concerts to contribute $20 to the charity.

Adele’s habits aren’t the healthiest: when on tour, her requests include a pack of Marlboro Lights, two bottles of quality red wine, and a variety of European beers.

Have A Look Here 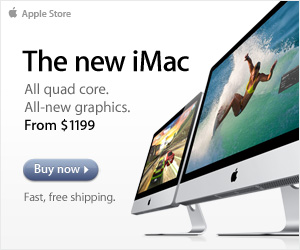